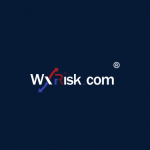 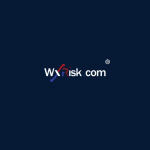 The Middle Atlantic Operational Forecast is issued several times per week and includes coverage for the next two weeks. It is a highly detailed forecast aimed at businesses and organizations with serious weather concerns. It covers the areas of North Carolina, Virginia, Eastern West Virginia, Maryland and Delaware. There is a heavy emphasis on sunshine vs clouds, precipitation amounts, precipitation start times, intensity and dew points.

WNS provides detailed important critical information about moderate significant or major weather events that has the potential to have significant impact somewhere in the eastern half of the CONUS over the next 7 days. When WxRisk.com sees the threat of moderate, significant or major rain, snow, ice, high winds, prolonged heat, prolonged rain, extreme cold, drought and flooding during the next 7 days, a WNS is issued and posted on this website which you can access through your subscription. The WNS Statements  are issued whenever there is a threat of any kind of significant weather that might impact business operations and logistics within the next seven days. During the times of tranquil weather, the WNS forecasts are not updated.

When you live in a colder region, snow is one of your biggest concerns. That’s why WXRisk.com offers a snow removal forecast service designed specifically for snow removal operations.

In order to stay ahead of the chilly and damaging weather, our first reports are issued 72-84 hours before accumulating snow is expected to begin in a designated area. Your report will have the latest and most comprehensive detailed information regarding the actual forecast for accumulating snow as well as the potential for mix precipitation or change over to rain or ice.