I am not sure posting this story is going to be a good idea because undoubtedly some people are going to react to the story, the post in the comments in a very political way which is not what this story is about.  So I am hoping that you read this and pay attention to the guidelines I  am putting out here.  For example,  last night I posted a funny on the WxRisk  Facebook page about some guy purchasing a book called “math for dummies ”    with the guy being overcharged –and some asshole made it political in the comments.

Now   please take a look at the image 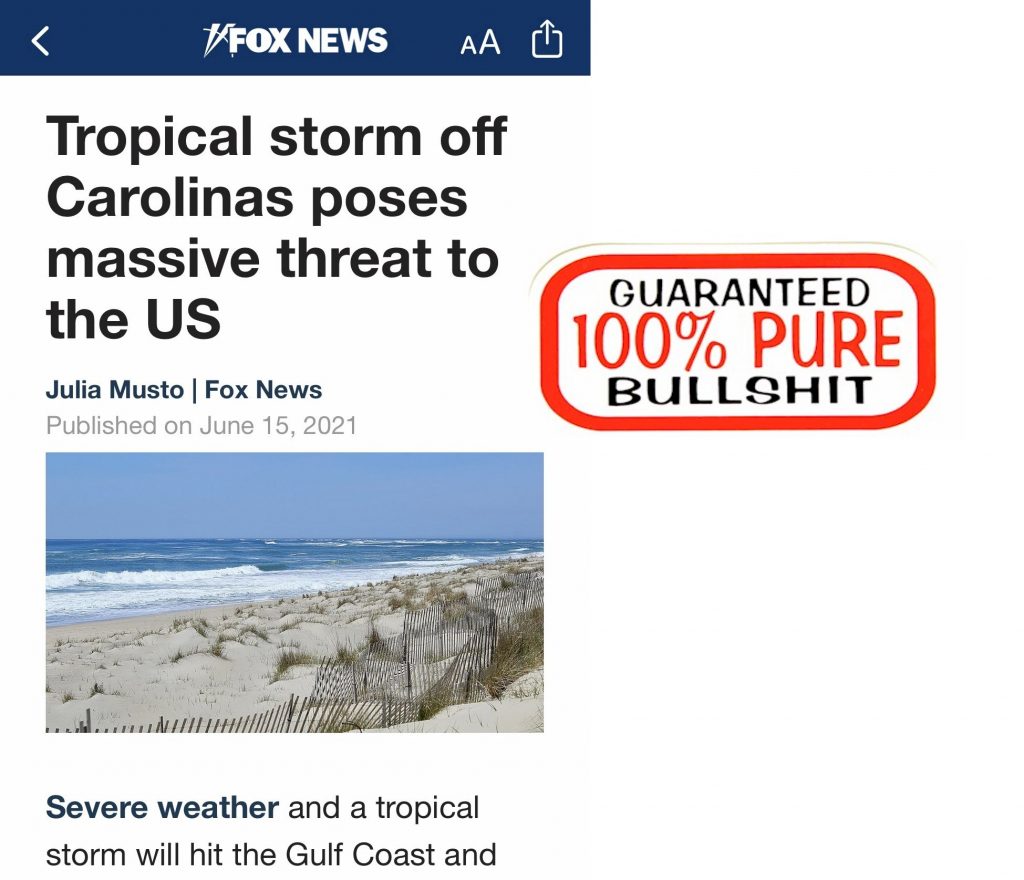 First, this story refers to the previous tropical system    TROPICAL STORM BOB  which formed off the Middle Atlantic Coast in the Western   Atlantic Ocean last week
It does not refer to Tropical Storm Claudette which will also move  off the North Carolina coast on Monday

Second ….it is obvious that THIS  weather headline was completely fabricated by Fox news.

Now before you make some sort of stupid comment about Fox News or Trump with a  sharpie and drive this post into the proverbial Shitter….  please contain yourself for 10
more seconds and keep reading.   Yes stupid I am talking to you.

It is obvious and a proven fact that bogus or borderline hysterical weather headlines come from   EVERY news service whether it’s local or cable or national.  CNN  MSNBC   etc

Several years ago when OK  was being slammed by monster tornadoes in Moore and Enid  OK  there were weather/news headlines from  CNN MSNBC   MASHABLE ATLANTIC   etc  which were trying to draw a connection between these particular individual tornado outbreaks and anthropological global warming. 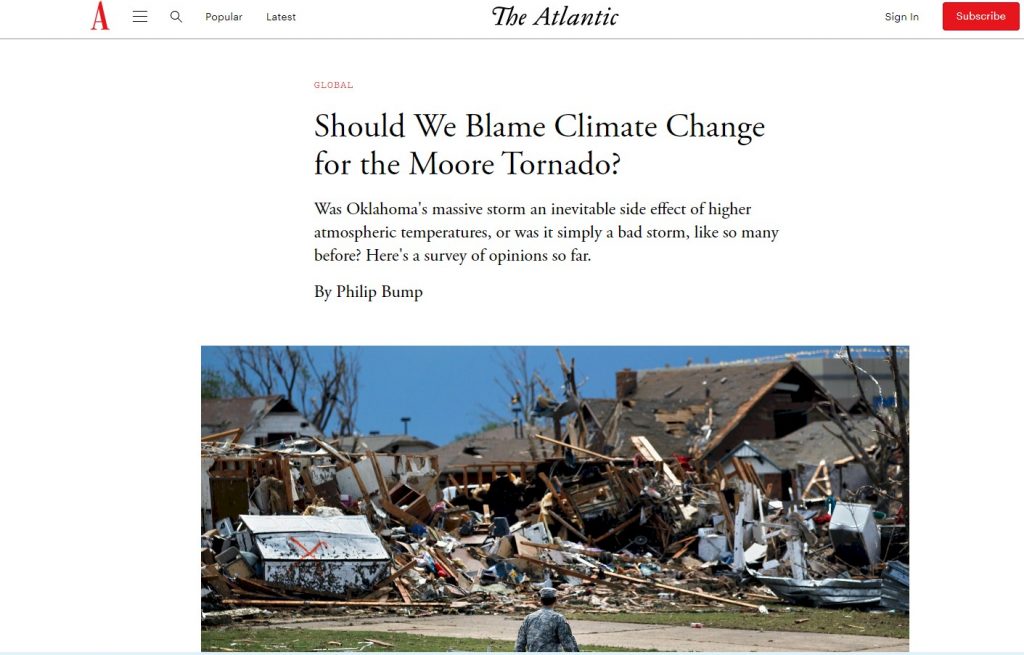 As I have stated many times ….it is absolutely worthless and pointless and scientifically unsound in the extreme to make a connection between a singular weather event and any sort of relationship to earth’s climate or its climate history.

An active hurricane season does NOT  prove or disprove anything regarding climate change and. or global warming

In this particular case, THIS  story from Fox News was clearly not run by the fFOX NEWS Weather Department.  Of course, that is assuming that Fox News actually has a science weather Department.  I have searched online extensively since the story broke and to the best of my knowledge …I have yet to find any national meteorologist that engages in any sort of oversight of weather stories from Fox News. That is not the case with say CNN as they have Chad Myers and on MSNBC who has Bill Karins or Mashable that has Andrew Freedman.

FOURTH–  This bogus Weather headline story has drawn significant reactions from other meteorologists in the weather Community along the East coast. Specifically, the very distinguished meteorologist in North Carolina  Brad Panovich and  Tom  BuckleyJust to name a few have reacted quite strongly to the story.

A lot of people involved in the news business or communication majors in undergrad in college.  As a general rule, those types of individuals almost had no exposure whatsoever to any sort of earth science of any kind. Now… if I wanted to be really bold and obnoxious I would make the declarative assertion that communication undergrad majors are among the stupidest people on the planet.  But that’s if I wanted to be bold and obnoxious.   But of course, I am not actually saying that even though it seems that I have  actually  just said that.

Some of you long-time weather fans may recall that 20 years ago a well-known meteorologist in the Philadelphia Market   -John Bolaris –told his news director that a historic snowstorm is headed for the Northeast US  from DC to Boston. A lot of other meteorologists had similar forecasts as well but the news director at the TV 10 in Philly decided to start running BREAKING NEWS  headlines scrolls at the bottom of various  TV shows several days in advance   — before the model data came into good agreement.  As a result a number of schools and other institutions and organizations in the Delaware Valley shutdown prematurely and no significant snowfall on the day of the storm.  There was an intense if not severe reaction aimed at the meteorologist who eventually left the Philadelphia Market but the real culprit of that story was the News Director ordered  John Bolaris to put those Headlines  Scrolls at n the bottom of the screen.

As I said, communication majors and people in the news business have a stunningly poor grasp of basic Earth science.

it is not ALWAYS about your Backyard